We are a nation of gardeners but for some people the advent of Spring causes dread. The thought of mowing the grass, weeding, planting, and pruning makes some people miserable. Hay fever sufferers particularly get a raw deal. Pollen allergies lead to rashes, itchy, watery eyes, headaches, continual coughing, sinus conditions, sneezing, and sheer exhaustion if you are unable to breathe properly. The situation has got worse in recent years especially for those who suffer from hay fever or asthma and this is due to botanical sexism.

What is botanical sexism? It is to do with female and male plants. Female plants produce fruit, seeds, and seedpods and are less allergenic. Male plants don’t produce fruit, seeds, or seedpods but what they do produce is pollen. Nature is clever in creating its balance by producing male and female plants in equal amounts. Female plants have a negative electrical current whilst male plants have a positive charge. The stigma (female part of the plant) is sticky and the pollen which is light and dry is attracted to the stigma as it floats through the air. This way nature has made sure that the pollen lands on the stigma. However, man’s interfering nature has changed this. To reduce the mess in public areas through fruit, seedpods, seeds, and flowers dropping to the ground, planning offices have resorted to planting more male trees in public spaces. Whilst this may reduce the mess it has resulted in increased levels of pollen in public areas. If there are fewer male plants then the female plants will develop less fruit, seeds, and seedpods. 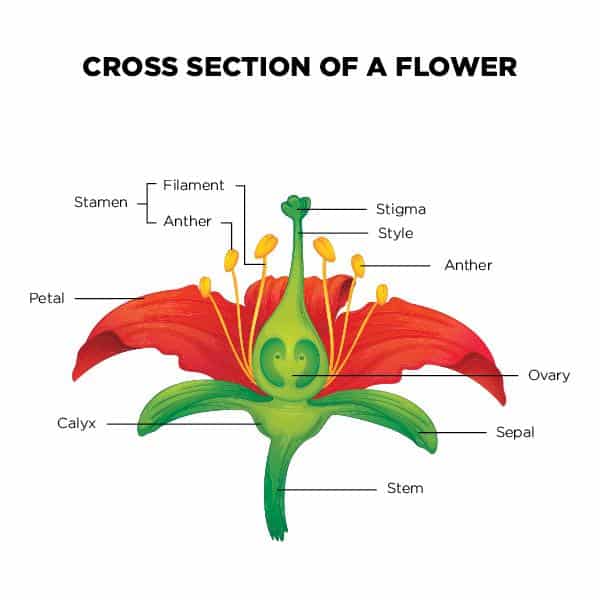 All is not lost. For those who do suffer from hay fever or respiratory issues, it is about learning how to garden, when to garden, and making the right choices of plants. If you are a keen gardener, garden in the cooler evening periods when pollen counts are lower. Do not garden on dry, windy days. Gardening after heavy rain is possibly the best time as the air has been cleared of all the allergy-inducing particles. A low allergen garden does not have to be dull. Pollen cannot be eliminated but by limiting it through appropriate plant choices a beautiful garden can be created for those suffering from allergies. Being exposed to a small amount of pollen is no bad thing as it helps to build our immune system

Through evolution, plants have found two distinct ways of being pollinated. Some are wind-pollinated and others attract wildlife such as birds, bees, and butterflies who carry the pollen from plant to plant. Choosing plants that are insect-pollinated will help to create a low allergen garden. As female trees and plants do not produce pollen but the additional benefit being that they remove pollen from the air, these make them the perfect addition to a low allergen planting scheme. 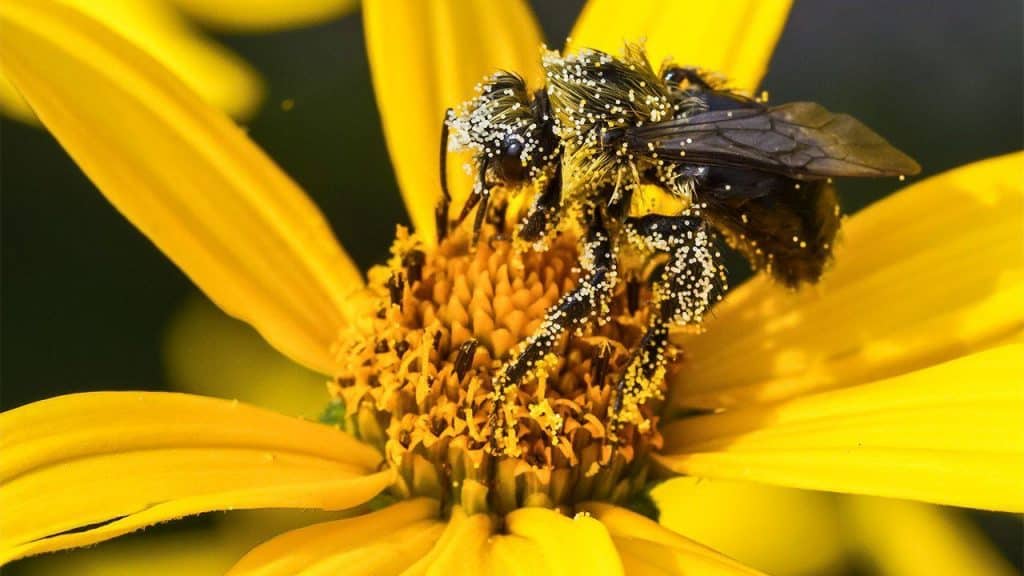 Insect pollinated plants are a good choice for low allergen gardens. This insures, that the plant’s pollen is not air borne. By planting insect-pollinated plants, we create biodiversity in the garden. Bees are already in decline so this would benefit them and us.

Lawns are often not taken into consideration as being problematic. They cause 95% of all seasonal allergies for approximately five months. If you are allergic to grass pollen, keeping your lawn maintained will help to reduce these effects. Whilst I would never advocate artificial grass in the garden, it would be worth considering a gravel garden with areas planted using low allergenic plants.

Many property boundaries used to be hedging. These have been replaced by fences. A tall compact thick hedge planted on the windy side of the property can benefit allergy sufferers. Just be sure to plant either an all-female hedge or an allergy-free hedge. Hedges will collect pollen, mould spores, dust, and other allergenic particles.

Privet, Male Yew, Male Junipers, Cypress, and Leylandii are poor hedge choices for those suffering from allergies. Dodonea viscosa, Griselinia littoralis, Pittosporun tenuifolium, Rhamnus alaternus, Ilex Nellie Stevens, female Yew are good choices for hedges and some of these can also be grown as garden shrubs. 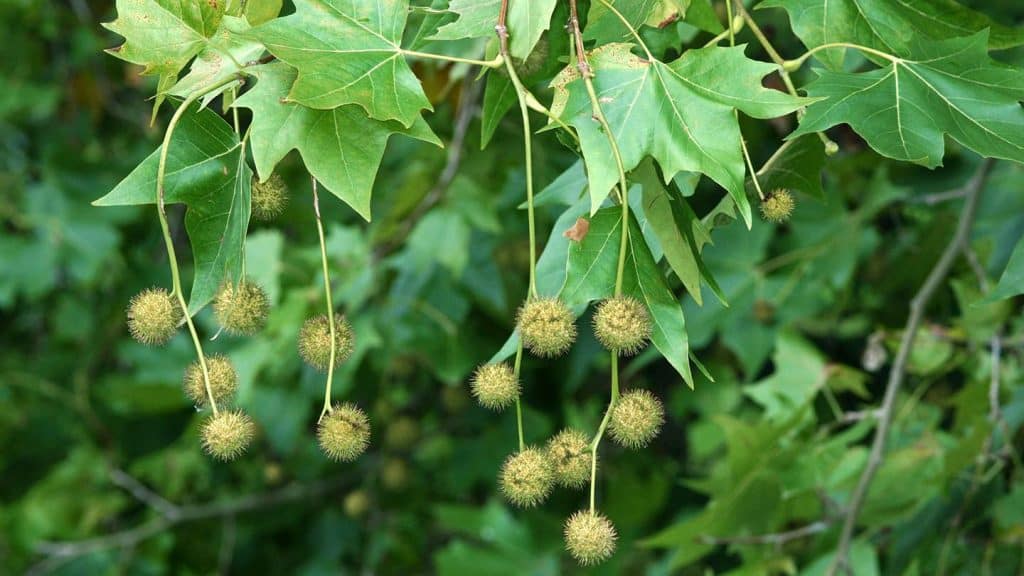 Central London has many London Plane Trees (Platanus x acerifolia) planted to absorb pollution. This makes it a very good city tree. However, as a garden tree for anyone who suffers from pollen allergies, this tree would not be my recommendation. The pollen has tiny barbs that will make your eyes itch and water but if they get stuck in the back of your throat you will also be coughing a lot.

Be aware of mould spores as these can also cause allergies. Mould like to grow in cold, damp, shady places. Whilst evergreen trees look beautiful deciduous trees will let light and air through in the cold winter months. If a garden lacks air going through because it is overgrown with trees and shrubs, it will encourage mould growth. Overwatering can also encourage mould. Whilst mulching a garden is very good, think about the materials you use. Organic mulches like bark and leaves are susceptible to mould but gravel that is not, can also be used as a mulch. 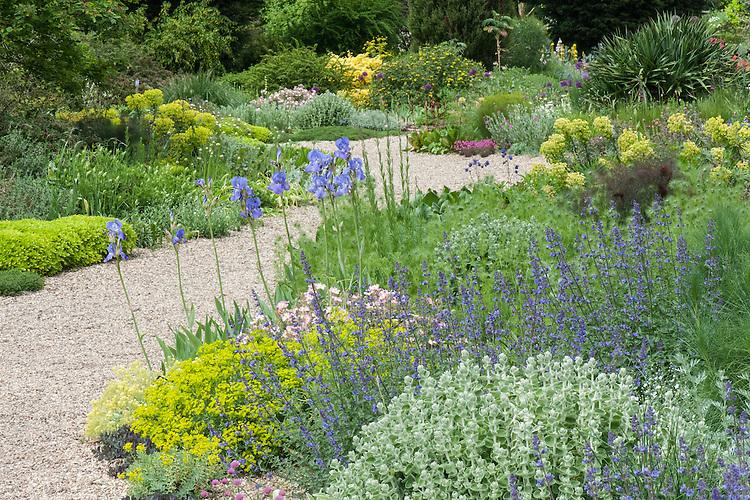 Gravel gardens can look stunning. If you suffer from allergies avoid using bark and leaf mould as mulch. These will encourage mould, and this will inevitably lead to spores that can also affect people suffering from allergies and respiratory problems.

Weak plants will attract bugs and disease. A decaying plant can go mouldy. It is important to have strong healthy plants but equally to attract wildlife into the garden that will feast on the nasty bugs that you do not want. Cleanliness in a garden is important. Mildew, rust, black spot, scab, and leaf blight will all produce spores that can cause allergies. Consider planting disease-resistant plants.

Ferns also produce spores, but these often fall close to the mature plant. Tree ferns are stunning but plant them away from pathways. Their trunks are covered in sharp needle like hairs. These can cause itching and if inhaled they will irritate your throat.

Another area that needs to be taken into consideration is the sap of certain plants such as Euphorbias. It is prudent to wear protective clothing when pruning plants as certain plants can cause a rash, skin irritation, itchiness, and in the case of Euphorbias some people can get blistering of the skin as it is highly poisonous.

What type of plants should you be sourcing to plant in a low allergen garden? Here are some things to think about: 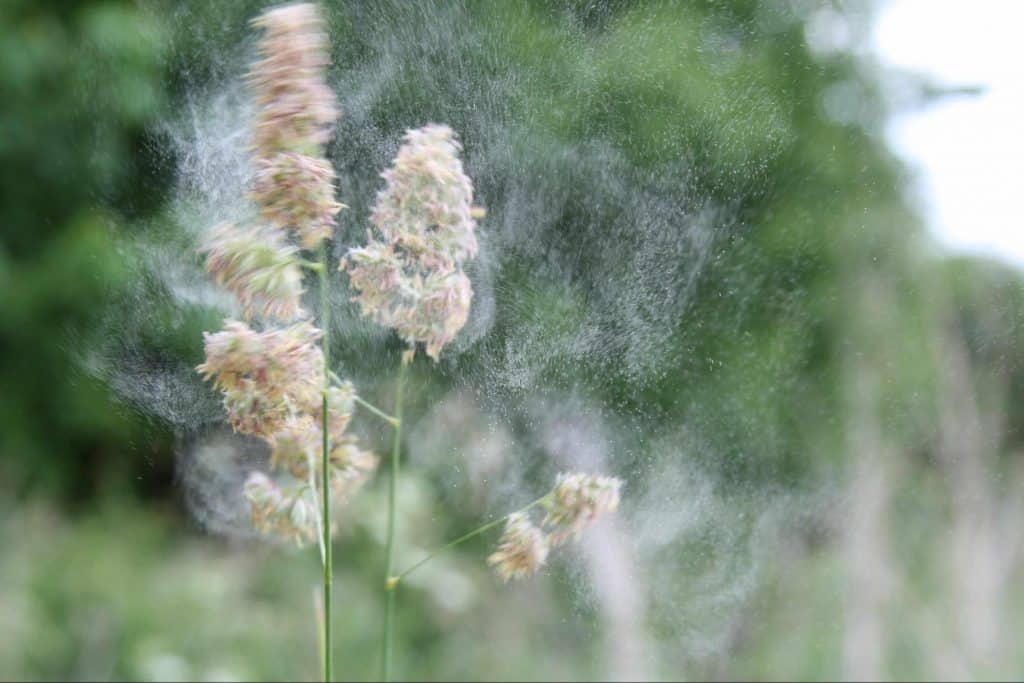 If you suffer from allergies consider a gravel garden rather than having a lawn. The season for grass pollen lasts for approximately five months. However, maintaining your lawn will help.

Below is a list of plants that can be used in a low allergen garden. Note these are not the only ones and they are only a suggestion. My advice would also be to use a nursery that has knowledgeable staff who know their plants. 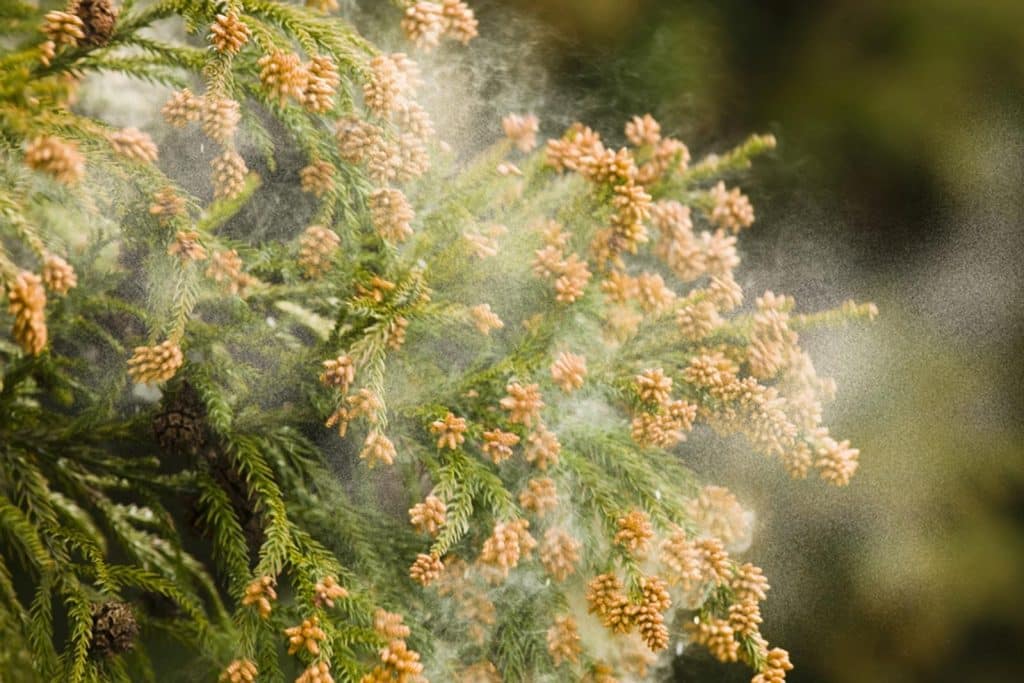 A cloud of airborne pollen is seen here from a male conifer. Airborne pollen would not be such a great issue if female plants were also planted in equal or slightly greater amounts. Nature was able to balance this out but sadly man’s interference has negative effects. 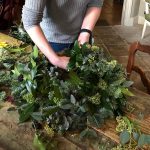 Grow Your Own BouquetGarden Design, News